Are You Recession Ready?? 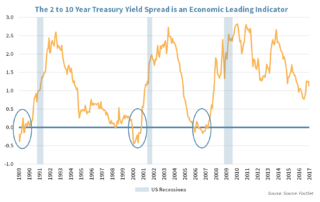 I came across an interesting article on CNN.com discussing the possibility of another recession hitting the United States. Through my curiosity, I began to research and found at least five articles, all stating we may be in a recession between 2019 and 2020. Upon further analysis, all these articles had one common denominator, using the yield curve to predict an up and coming recession. So what is a yield curve, and if a recession is coming what can you do to prepare? Here is the answer. 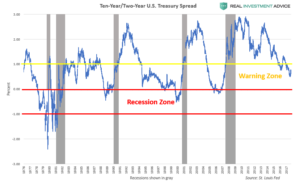 To prepare for a recession, you need three things: reduce, save, and network. First you need to minimize your debt and not create new debt. Minimizing your debt can be done in two ways. One way is living your life on a budget and personally making plans to pay your debt. This option is best for those people who have the discipline to make a plan and stick to it. For those people that cannot stick to a budget or do not have the financial capability to pay their debt, they can consider bankruptcy. Individuals can file either a Chapter 7 or Chapter 13 bankruptcy. Chapter 7 is a liquidation of an individuals assets, and the funds from liquidation goes towards your debts. After about 90 days, you receive a discharge and all your debt goes away. Under a Chapter 13, you enter a structured payment plan. Through this plan, you make a monthly payment and after 3 to 5 years in the plan, you receive your discharge and you are debt free. Debt planning or bankruptcy is by far the best ways of clearing your debt outside of winning the lottery. Another key to this first concept is DO NOT CREATE NEW DEBT!!!! Unless it is something that is needed to support your household, do not create new debt. The creation of new debt only adds more stress to your financial situation and creates another bill that must be paid in the future. Once your debt is under control, then you can begin saving.

This brings us to our final step, a job. Unemployment usually rises during a recession. A lot of individuals lose jobs, which leads to debt going into collections and money becoming short. For those individuals that have completed the steps above, you have bought yourself a little time and peace of mind for about six to seven months, but that doesn’t matter if you cannot replace your job. To do this, you must be job ready. Go ahead and update the ole resume and dry clean the interview suit. Start adding new people to your job network and attending new networking functions. Begin making yourself marketable again. During a recession, where everyone is losing jobs, new jobs go to the swift and the better prepared. Have some new job ideas already lined up, just in case the old job lets you go.

In summary, another recession may be coming, but this time we can be ready for it. Start today by clearing debt, saving money, and expanding your network. When that day comes, you will be well prepared and ready to fight through the economic downturn. But if it doesn’t come, then look on the bright side, now you are debt free, with a savings account, and new friends. 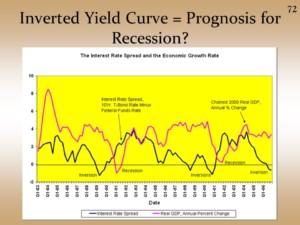